What is Black Mold? 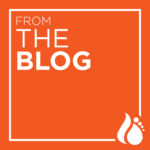 A rose by any other name might smell as sweet, a famous writer is often paraphrased as writing (just as I did there), but the inverse is just as true. Black Mold, also known by the family name of Stachybotrys, is a toxic form of mold which feeds off the organic material in your home after it has been affected by water damage. It thrives in dark, dank atmospheres, but is rarely found in nature, preferring damp or water-damaged structures.

While all kinds of benign mold and spores can be found in various concentrations within the home without alarm, Black Mold should be considered a serious danger due to the toxic nature of its’ spores. While the jury is still out on the confirmed scientific health effects of black mold on humans, anecdotal evidence has existed since the 1930s attributing ill health and symptoms to the presence of Black Mold within places where the respondent has spent lots of time throughout the day. These symptoms can range from a general feeling of unwellness or generalized illness, to more specific complaints such as nausea, fatigue, and headaches, among other things.

This is not to say that ALL Black Mold is toxic, but the vast majority that is found is treated as such due to the sensitive nature of how it releases its’ spores: Black Mold only releases spores when the mold is disturbed, especially when wet. As such, without additional testing done to confirm toxicity, all Black Mold is treated as toxic during a Mold Remediation, in order to protect your home and your family from the potential ill effects.

Regardless of the type of mold you have, you and your family deserve the peace of mind that your mold remediation is done properly. IRS is here to help when you want it done right the first time.